Meet Me in the U.kayyyU.kayy

Yes, I was trying to get you to sing "the U.K." like "St. Louis" in a Meet Me in St. Louis -esque way. Congrats to you if you did this with out my helpful hint.


Anyway, tomorrow I am to ship off for England. I will be in and around London, Oxford and Bath for my first week or so, so if any of you who are in those areas would like to meet up with me and possibly Emily (depending on her school work) please feel free to contact us! I would love to meet other vintage bloggers and get tips from any of you about the location, shopping, museums and all that good stuff. Oh and food, of course. Always food. And maybe drinks, too. We'll see.


In the meantime, I'm still panicking a little bit about my passport, which my mother found TODAY (not however many weeks ago I asked her to) and when I looked at it this morning I saw that it expired last June. Apparently adults get 10 years of use and minors (I was 14 at the time) get half that, but she had did not know this and thought mine would be good another five years. Excellent, right? So, I am going to try to get one tomorrow for a big, stupid fee. I am mad and even more stressed out now. But at least you can see passport photo... 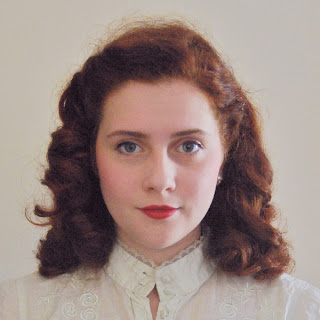 
I'll let you know if I actually make it across the world, but let us pretend I will.

This part of the loungewear series centers mostly around robes and fancier boudoir wear.

Le sigh... I want all of these pretties! As impractical as the fluffier and feather-y-er ones are, they just look like so much fun to wear!

rehearsal dinner:
my first (and only) time wearing ALL vintage. 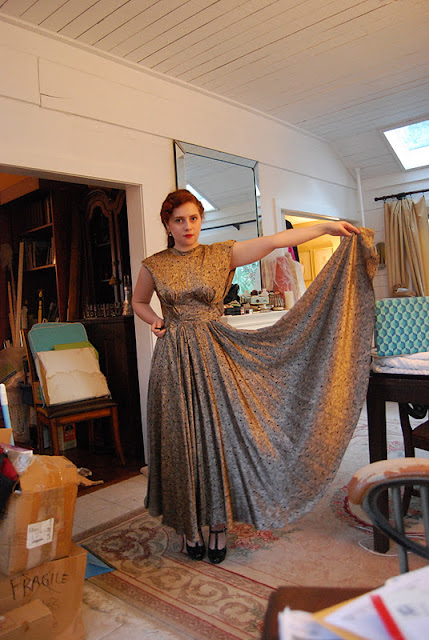 Ill be back with some questions about international travel soon, so be prepared. this will be graded.
oh on that note; schooooooooooool's out for winter! oh yeah, I'm happy.
- gee

Helen Dryden was a successful woman artist of the 1920s and 1930s, doing fashion illustration for Vogue under contract from 1909-1922 and in the later 1920s also doing some industrial design. I just like the bright colors and whimsy of her illustrations - aren't they fun? 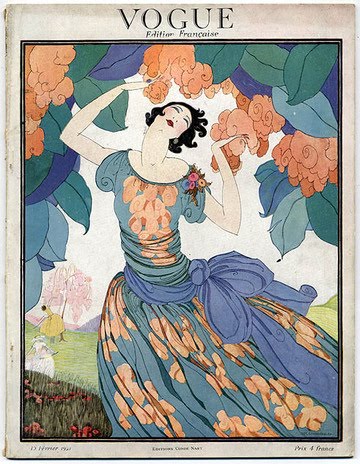 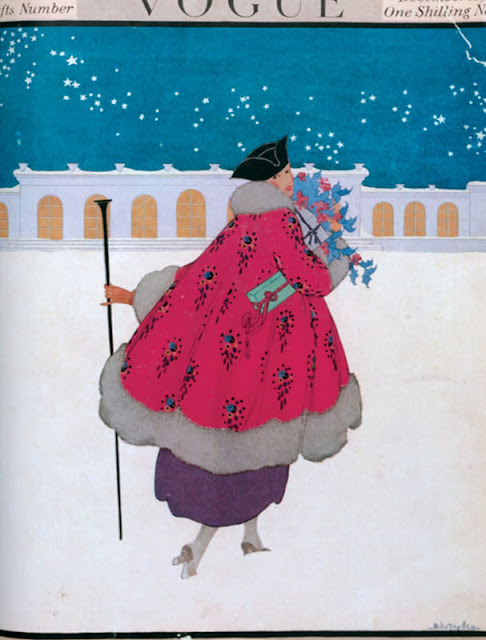 On a different note from this post, here's a more positive take on the single life. It's all about attitude!...

...Oh, who am I kidding. I just want to share some more Fred and Ginger.

I can't embed the version from Top Hat that Fred Astaire dances and sings (and you see some gorgeous sleep/lounge wear on Ginger), but if you click on the image (or here) you'll go to it's YouTube page: 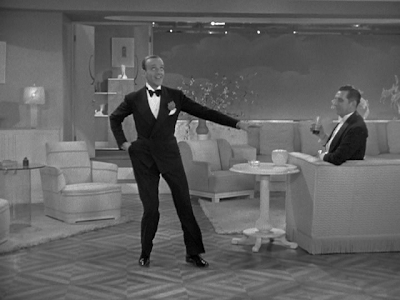 And here's a version sung by Ginger - I just love this one!

A Pajama and Loungewear Obsession: Part One

If you were to ask anyone who has ever had to live with me, or just knows me really well, about how much I like pajamas (no idea why you would be asking this question, you nosy creeper!), you will unanimously be told - a LOT. Yes, I do love me some pajamas. PJs. Pa-jay-jays (Gracie hates this one). Lounging clothes. Jammies. They're wonderful. As soon as I get home at the end of the day, or even if I get home in the middle of it, I immediately put on my pajamas. It's not that my day clothes are uncomfortable, its that pajamas are just so very comfortable, plus, I can sit however I like in them without fear of wrinkling, eat in them without fear of stains (because unlike much of my dry clean only clothes, I can pop them in the washing machine), and generally just be very comfortable in them.
Read more »
Posted by Emily & Gracie at 3:21 PM 10 comments:

Here is a small selection of dreamboats and cutie-pies of yesteryear who do not meet the qualifications for our "Can't Help Loving That Man" series, as none of them are celebrities and thus not allowing for maximum stalking-esque research.

Feel free to ogle like there's no tomorrow, as far as they're concerned, there isn't. 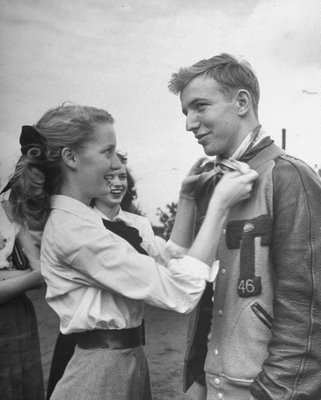 In the (Moving) Pictures... 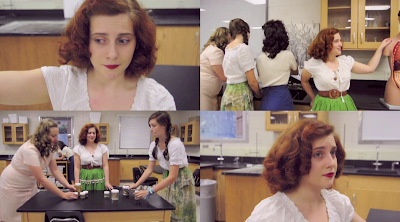 A couple of months ago Gracie and a few other friends were awesome and helped me do this somewhat last-minute project. I needed to have a small film project to submit as part of an application, and seeing as I had never made a film, I needed to make one while I still had some actors (meaning: friends still in town) available, and before I left for England. So we (Gracie helped much) threw everything together essentially a few days before the shoot, and it was all great except: the location, Gracie and my old high school, could only lend us the classroom we needed to use for three hours on a Saturday morning. Three hours! If any of you have ever done a scripted shoot before, you will understand that this is a VERY small amount of time (especially when you get musical numbers involved), even for a four minute clip. So, it didn't really turn out as we had planned - when we would do takes and there were mistakes or we just wanted to re-shoot, it just kind of had to be pushed through since we had so little time! Also, I had no previous experience, so it was a major learning curve, and in retrospect there is a lot I would do differently. But alas, it is what it is! Even though it doesn't match my ideal, I'm still pleased that we did it, and really grateful to all of our friends who helped out!
Also, Gracie is ridiculously awesome. She put up with my, ahem, quirks of directing, and I think she did a really fabulous job of acting, especially when you realize she's never been in front of the camera before (acting, that is). And of course, she's easy on the eyes (she'll be majorly embarrassed that I am saying this..) and looks great as usual, so... give it a watch here if you'd like! Any comments, (constructive) criticism, what have you - it's all appreciated!